In 2018, new research debunked health myths related to diet, exercise, and lifestyle that we’d believed to be true for years. And with the wealth of unregulated information on the internet and new trends popping up faster than we can wrap our brains around the last one, a lot of us were left wondering how anyone is supposed to know what works and what doesn’t! Here, we’ve gathered the 5 biggest health myths we debunked in 2018 to help you reach those wellness goals; the healthy and conscious way!

From the first ever update of the U.S. Department of Health and Human Services (HHS) physical activity guidelines to another drop in American life expectancy, this new research continues to help us understand diet, exercise, and other aspects of our health. Some of these myths were ones we saw coming, but others took us completely by surprise; can you guess which is which?

The ketogenic diet (keto diet, for short) emphasizes weight loss through fat-burning, claiming to help you feel fuller with fewer cravings while boosting your mood, mental focus, and energy. It accomplishes this by eliminating sugar and carbohydrates and increasing high-fat in an effort to reach ketosis, or a state where the body burns fat for energy.

Sure, we’ve seen plenty of keto fans lose weight on the diet in the short-term, but so does every other diet that’s come in and out of fashion. The real question lies in whether or not it’s a sustainable lifestyle that promotes weight management and health in the long run. Sadly, research has yet to conclusively prove that keto is a safe and healthy way to lose weight over a long period of time.

Myth: You have to exercise in 30-minute intervals to see results

Before the updated HHS guidelines came out, the government suggested exercise done in 10-minute intervals were necessary in order to be considered helpful for health. Now, the U.S. Department of Health and Human Services (HHS) is changing its tune and busy people around the country rejoiced!

As it turns out, “bouts of a prescribed duration are not essential,” which means you no longer need to get the widely-cited 30-minute chunk at once! You now have the research-backed option of enjoying bursts of physical activity throughout the day with activities like:

As a basic rule of thumb, it’s good to get between two and a half and five hours of moderate physical activity weekly from activities you do every day, like walking or yard work!

Myth: US life expectancy is on the rise.

We use the U.S. life expectancy as a snapshot of the country’s overall health, but this year the outlook was not something we celebrated. Despite the continued rise of life expectancy in numerous other countries around the world, it has been declining in America for the last two years. This is our longest running decline in life expectancy since 1918.

In 2017, life expectancy dropped to 78.6 years in a report done by The Centers for Disease Control and Prevention (CDC). This is a sobering wake-up call, to begin with, only made worse by the fact that the rise in deaths stems from causes that are largely preventable! While it isn’t a nice way to wake up, this is the country’s sigh to begin paying closer attention to our health and wellness, both mental and physical, in the year ahead.

You’ve seen them on your Instagram feeds and through ads on Facebook, but the trending healthy fashion statement is less “healthy” and more “fashion” than buyers originally believed it to be.

The claims associated with blue-light glasses are simple, but they do a great job of tapping into the common fears surrounding the increasing and evolving technology of our everyday lives. More than half of Americans report experiencing digital eye strain which, at its worst, can give people headaches and temporarily blurred vision. It’s easy to assume they might be indicative of long-term damage, and that’s where Blue Light Glasses found their mark: maybe I should be safeguarding myself.

Long story, short: there’s no real connection when it comes to long-term damage, but they may help you get to sleep a bit easier. If you want to protect your eyes, make sure you’re getting healthy nutrients including beta-carotene and lutein!

Myth: Gluten is the enemy

Carbophobia swept the nation in the early 2000’s, and we never really let it go. We saw it in a different form in 2018’s fear of gluten.

Don’t get us wrong – some people really shouldn’t have gluten. But, these are mainly those with celiac disease or gluten intolerance. Those who eat gluten-free that don’t need to often don’t feel any better, but end up with lighter wallets in the long-run. For those that do, studies have shown that people who eat less glutinous foods typically eat more fiber, which can make you feel better by decreasing bloating and building a healthier gut.

The rest of us are totally fine to go back to our gluten-filled goodies without fear, but make sure you’re getting that all-important fiber (even if you’ve got to throw in a shake or two to do it).

Myth: It’s all about “calories in, calories out”

After years and years of this myth sticking around, we think 2018 finally saw this myth’s demise (finally). When it comes to weight loss, many of us get hyperfocused on the number of calories we’re eating while totally forgetting about the source and quality. Whether you like it or not, 100 calories of chocolate is not the same as 100 calories of nuts!

Of course, we also forget about the other lifestyle factors that come into play. Simple things, like sleep, can throw you off both physically and mentally! Not sleeping enough stimulates the hormone ghrelin which increases your appetite and lowers leptin, and this causes you to feel more hungry than normal.  On top of eating more, you’re likely to move less which means you’re only setting yourself further back.

The fix? Look at your lifestyle as a whole and see what changes can be made rather than zeroing in on a single number.

What myths are you leaving behind in 2018? 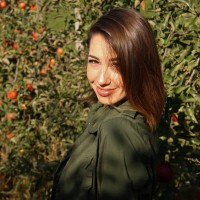