Pour yourself a cup of Trim Cafè and find a cozy spot to curl up on! It’s National Read a Book Day and we are taking this as a sign to get started on our list of fall must-reads.  Lately, we have been all about working on our hustle. What better way to set goals and accomplish them then with a few hot tips from the pros! These are the 5 entrepreneurial books that are on top of our reading list:

The Last Laugh: Vision to Victory

Vince Papale and Dennis Franks have seen their fair share of adversity. From being told they’d never make it in the NFL to making the tough transition to the business world, the odds have seldom been in their favor. And yet, despite these challenges, Vince, Dennis, and their star-studded hall of fame have managed to meet their goals and get their last laugh. How? The answer is simple: the Victor’s Code.

Learn the code that has driven the achievements of elite athletes, entrepreneurs, artists, authors, actors, and influencers from across the professional space. Learn from the victories of Hall of Famers Pat Croce, Cosmo DeNicola, Bo Eason, Jim Harbaugh, Mariel Hemingway, Helie Lee, Colonel Tom Manion, Heather Mitts Feeley, Ken Mok, JR Ridinger, Brian Rutenberg, and Dick Vermeil. Whatever your circumstances and whatever your challenges, you too can earn your last laugh.

The bestselling success book of all time is updated and revised with contemporary ideas and examples. “Think and Grow Rich” has been called the “Granddaddy of All Motivational Literature. ” It was the first book to boldly ask, “What makes a winner? ” The man who asked and listened for the answer, Napoleon Hill, is now counted in the top ranks of the world’s winners himself. The most famous of all teachers of success spent “a fortune and the better part of a lifetime of effort” to produce the “Law of Success” philosophy that forms the basis of his books and that is so powerfully summarized in this one.

In the original “Think and Grow Rich,” published in 1937, Hill draws on stories of Andrew Carnegie, Thomas Edison, Henry Ford, and other millionaires of his generation to illustrate his principles. In the updated version, Arthur R. Pell, Ph.D., a nationally known author, lecturer, and consultant in human resources management and an expert in applying Hill’s thought, deftly interweaves anecdotes of how contemporary millionaires and billionaires, such as Bill Gates, Mary Kay Ash, Dave Thomas, and Sir John Templeton, achieved their wealth. Outmoded or arcane terminology and examples are faithfully refreshed to preclude any stumbling blocks to a new generation of readers.

he Power of Broke

The instant New York Times bestseller from Shark Tank star and Fubu Founder Daymond John on why starting a business on a limited budget can be an entrepreneur’s greatest competitive advantage. Daymond John has been practicing the power of broke ever since he started selling his home-sewn t-shirts on the streets of Queens. With a $40 budget, Daymond had to strategize out-of-the-box ways to promote his products. Luckily, desperation breeds innovation, and so he hatched an idea for a creative campaign that eventually launched the FUBU brand into a $6 billion dollar global phenomenon. But it might not have happened if he hadn’t started out broke – with nothing but hope and a ferocious drive to succeed by any means possible. Here, the FUBU founder and star of ABC’s Shark Tank show that, far from being a liability, broke can actually be your greatest competitive advantage as an entrepreneur. Why? Because starting a business from broke forces you to think more creatively. It forces you to use your resources more efficiently. It forces you to connect with your customers more authentically, and market your ideas more imaginatively. It forces you to be true to yourself, stay laser-focused on your goals, and come up with those innovative solutions required to make a meaningful mark. Drawing his own experiences as an entrepreneur and branding consultant, peeks behind-the-scenes from the set of Shark Tank, and stories of dozens of other entrepreneurs who have hustled their way to wealth, John shows how we can all leverage the power of broke to phenomenal success. You’ll meet: – Steve Aoki, the electronic dance music (EDM) deejay who managed to parlay a series of $100 gigs into becoming a global superstar who has redefined the music industry – Gigi Butler, a cleaning lady from Nashville who built cupcake empire on the back of a family recipe, her maxed out credit cards, and a heaping dose of faith – 11-year old Shark Tank guest Mo Bridges who stitched together a winning clothing line with just his grandma’s sewing machine, a stash of loose fabric, and his unique sartorial flair When your back is up against the wall, your bank account is empty, and creativity and passion are the only resources you can afford, success is your only option. Here you’ll learn how to tap into that Power of Broke to scrape, hustle, and dream your way to the top.

The Power of Positive Thinking By Peale, Norman Vincent

The Power of Positive Thinking is a self-help book by Norman Vincent Peale, originally published in 1952. It makes use of positive case histories and practical instructions to propose the method of positive thinking. Peale’s work describes how to achieve a permanent and optimistic attitude through unending positive conscious thought, usually through affirmations or visualizations.

Peale writes that such techniques will give the reader a higher satisfaction and quality of life. Though negatively reviewed by scholars and health experts, The Power of Positive Thinking became popular in public opinion when first published and continues in popularity today.

The Science of Success By Hill, Napoleon

Rare writings from Napoleon Hill perfect for the THINK AND GROW RICH fan in your life, or for aspiring followers of Napoleon Hill s philosophy. The Science of Success is a collection of writings by and about Napoleon Hill, author of the most widely read book on personal prosperity philosophy ever published, Think and Grow Rich.

These essays and writings contain teachings on the nature of prosperity and how to attain it and are published here in book form for the very first time. This work is a must-have item for Hill s millions of fans worldwide

Have you finished any of our recommended books on entrepreneurship? Comment below and share your favorite tips! 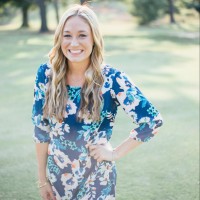 Director of Consumer Marketing for SHOP.COM