Celebrating the Legacy of MLK

MLK Day is such an important holiday because it highlights the injustices people face while also celebrating those who have the courage to stand up for what they believe in. Martin Luther King Jr. was a shining example of this, and even though his life was tragically cut short, he still helped shine the light of truth on injustice and intolerance, and was one of the driving forces behind the soul searching of an entire nation which in many ways still continues today.

An icon of the civil rights era, King is a hero for so many reasons, but I believe it was his compassion and capacity to love and forgive which made him such a special person and leader. The world still needs more people like MLK, who believe it is always the right time to do the right thing. We can all honor his legacy every day in the way we treat each other, looking past the pointless superficial differences we all have while focusing instead on what unites us instead. 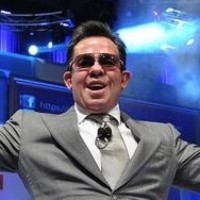 Celebrating the Legacy of MLK