Our International Blogs:
Behind the Scenes

Veteran’s Day is a very special day for America as we honor the brave men and women who served in our Armed Forces. There are no words to express the deep gratitude that we have for the many men and women that have risked their own lives to preserve our freedoms. At Market America, we are proud of each of our corporate employees but we are exceptionally proud to employ many US veterans. It is an honor to work alongside people each of them on a daily basis. Though it could never be enough, each year we host a Veteran’s Day luncheon as a small thank you to corporate employees who have served our country. We encourage each of you to thank veterans whenever you see them, not only on Veteran’s Day but every day of the year. Read on to help us honor and celebrate our own veterans right here at the corporate office in Greensboro.

Thank you to each of our corporate employees that have served in the United States Military!

Check out these photos from our Veteran’s Day luncheon honoring our corporate employees that served:

Are you a veteran? Share with us in the comments which branch of service you were in. 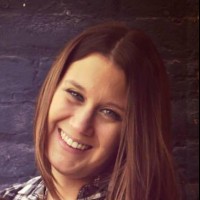 Thank you for recognizing Veterans.
US Army Reserves

Thank you for your service, Karla!