As UnFranchise® Owners, we all know that there’s no such thing as impossible if you’re willing to step outside of your comfort zone. So, when we heard the inspiring story of KC Boutiette, we knew we had to share it with the Market America family!

Market America recently sat down with Tacoma native, KC Boutiette, to chat about competing on American Ninja Warrior in Tacoma on May 11 & why he swears by his favorite Isotonix® products. Already an accomplished inline speed skater & four-time Olympian, KC also owns rocket7 shoes & played a crucial role in helping develop your favorite Isotonix® Peak Performance! We talked about everything from his love for Isotonix® to the inspiring story behind his American Ninja Warrior appearance.

Market America (MA): Tell us a little about how you ended up on the Olympic team? It wasn’t a typical journey for you, right?

KC Boutiette (KC): I went out to Milwaukee to train for inline skating just to make my inline technique a little bit better and, after a few weeks, I realized I was picking it up pretty quick, so I might as well see what I can do at these Olympic trials. I started peaking just to skate the best I could, and I ended up winning the 5 and 10 thousand meters, which was a shocker to me – and to everybody.

MA: That’s crazy…so, tell us a little bit about your training. Nutrition, supplements…were those a part of your regimen back then?

KC: Yeah. Back in the early 90s, I would read books to try to figure out how to be the best I could be. There wasn’t a ton of knowledge out there like there is now. Before computers and the internet, you had to read. You had to actually think and find out things in a different way. Then, once you found it out, you had to try to implement it for your sport.

MA: So, while you’ve managed to do all this and found such success personally, you’re actually going to be taking on another competition next week – the American Ninja Warriors Competition!

How did you get selected?

KC: My son, Braam and I have always watched the show. Just down the street from my house, we were at a running race for Braam, and Ninja Nation had a tent up. They were passing out flyers & I thought, “Sure, I’ll be there tomorrow”. I went flying from bar to bar and swinging from rope to rope and, for me and Braam, this is the best thing ever! We went back again later that day, signed up for a membership, and we’ve been going ever since.

When I went to this new gym, I met Jamie Rahn. He’s a really famous Ninja, and he’s known as “Captain NBC”. Looking at his shoes, I was like, “Dude, your shoes are all holey. I could try and make you a pair of new shoes.” So, I made him a pair of shoes! This other ninja, Adam Rayl, saw my shoes and just thought they were the coolest thing, so Adam came over and that’s how it started. Adam Rayl & I, we’re kinda in cahoots training together. I helped him with a training program and he helps me with ninja moves and ninja training.

I do it because of [Braam]. He loves it.

MA: That is so cool! He’s six though. What is he able to do?

KC: He can do a lot of stuff. He just some did laches (la-SHAYZ), going from one bar to the next in midair without touching the ground. So, he’s getting better every time and doing some exciting stuff.

MA: So, tell us a little more about what you’re hoping to do. Do you think you’re going to make it all the way through?

KC: We’ll see! The first day is my best chance to be able to move on to the city finals. I’m not in Olympic shape but, for being a 49-year-old guy who is going out there, just competing against myself and the other obstacles is the big thing.

It’s one thing I’m hoping to push with American Ninja Warrior, that condition that my daughter has. It involves the first chromosome, and there’s a little piece of that first chromosome missing for her – but, it’s different for every single child with 1P36.

MA: Then, again, it’s really both of them and for your family. Can you tell us about 1P36 Deletion Syndrome & help us understand what she’s facing?

KC: Well, she has low muscle tone which means her abdominal muscles and things of that nature aren’t forming and strengthening as they should. This means she’s falling a bit behind, she’s a little bit slower mentally, and shes also deaf. She literally rolls and pushes on her side to move around, and it’s actually pretty cute how she gets to where she wants to. She can move pretty darn fast!

To learn more about 1P36 Deletion Syndrome, you can visit 1P36DSA website.

With such a moving, inspirational story, we were so excited to chat about his role in the formulation of Peak Performance and why this long-time athlete sticks with his go-to Isotonix® products.

MA: So, was there some specific reason or value that you found in both the Isotonix® Peak Performance & OPC-3®? We would love to hear about it!

KC: Well, Peak Performance, if you know my background, is something I helped to create. Market America sponsored me and my ex-wife leading up to the 2006 Olympic Games, and we were taking all the products. It was just bottle after bottle after bottle. I literally said, I’m tired of it and contacted someone at Market America. Once I told them what I took, they came up with a sample and there it is: Peak Performance! Whatever is in Peak Performance is what I was taking. All I did was give them the idea and then they created everything else!

MA: Wow – so you really got to design and put together something that you knew worked for you! So, now that you’re such a part of this, what are the specific products that you feel are really imperative, that have really made a difference to your health or your ability to do the things you do?

KC: All I know is that OPC-3® was a great product that I was taking along with Peak Performance.

That’s a tough question because, honestly, I just believe in the Isotonix product itself.

Take it on an empty stomach and it goes straight into the small intestine so your body isn’t breaking down pills or anything like that. That was my main thing with all the Isotonix® products.

MA: So, these two products – OPC-3® and Peak Performance – are apparently are your go-to’s. Why do you feel, for instance, that Peak Performance is valuable to you for you or for anyone, whether they’re training or just looking to take care of themselves?

KC: Well, I look at it as an overall multi-vitamin. OPC-3® has a lot of great stories with people taking it and their bodies changing and doing great things. I mean, I’m not a doctor. I’m not a chemist. I’m just an athlete who believes.
I don’t eat vegetables. I don’t eat as healthy as how you would think a top athlete would, so I rely on vitamins quite a bit. OPC-3® and Peak Performance are my first go-tos in the morning because I know I’m getting off on a good start with these products! 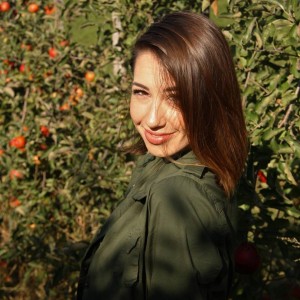 Beyond proud of our UnFranchise Family who showed

In a world where people are trying to stay focused

One of our favorite supporters of Market America i

The 2021 Product Symposium was another successful

Market America leads the way with a great plan, gr

Bring on the glam with the newest @motivescosmetic

Because the typical diet consists of many foods un