Can you believe that MAIC2019 is over? How are we not in Greensboro anymore with the UnFranchise family? As Andrew Weissman said, “This was the greatest International Convention in Market America’s history.”

Now that it’s over, what was your favorite moment from convention? In this edition of Social Media Monday, we recap our five favorite moments from MAIC2019.

On Day 4, before his interview with Andrew Weissman, JR invited artist Felix Semper to the stage to reveal his unbelievable creation. Semper created an unbelievable sculpture of JR that was made out of paper and done entirely by hand. What’s cool about the sculpture is the head expands like an accordion and JR joked that it’s like “looking into his brain.”

On Day 3, a star was born on the convention stage and his name is Dritan Hodo. Hodo is a National Supervising Coordinator from Team Flushadelphia. Hodo’s energy and passion were on full display as he had the crowd rise to their feet multiple times. After the presentation, it’s clear that Hodo has a bright future in Market America.

Imagine if Superman and Wonder Woman had a baby. That’s what Market America has on its hands with Thymenol®. On Day 1, Marc Ashley announced that Market America created a product that combines Pycnogenol® & ThymoQui™(found in OPC-3). It’s called Thymenol. Thymenol features a cap-in-cap technology that allows for the unique combination of ThymoQuin and Pycnogenol. With Thymenol, it will support memory, healthy brain function, cardiovascular health, and respiratory health.

On Day 3, Marc Ashley came to the stage to pay tribute to the late Tony Bowling, who passed away earlier this year. Marc said, “Today, we are here to celebrate Tony’s life, pay respect to all of the things he accomplished, and honor him with the first ever Tony Bowling Award.”

The criteria for the award can be described in three words: loyalty, integrity, and character. Marc announced that the first ever winner of the Tony Bowling Award was Pam Bowling. Unfortunately, Pam was recently diagnosed with Stage IV cancer and could not be here to accept the award. The Ashley family and JR accepted the award on Pam’s behalf.

What was your favorite moment of MAIC2019? Let us know in the comments! 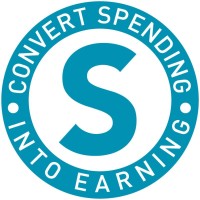