Market America has been ranked No. 2 in The Triad Business Journal’s annual ranking of the Largest Privately Held Companies in the Triad. This latest honor comes amidst a period of exciting growth for the company as it has continued to deliver on its perpetual commitment to evolution—seeking new opportunities that empower its people to thrive. In the last three years alone, Market America has taken tremendous strides in expanding its global presence. In August, the company announced the establishment of a game-changing partnership with China’s top e-commerce site, TMALL GLOBAL. Through this collaboration, Market America exclusive products are now sold on TMALL GLOBAL for the first time ever. They’ve opened a new office in Malaysia and, as always, they continue to develop essential new products for the Market America and Shopping Annuity brands.

Market America has been a shining example of integrity in business—not to mention a positive force of economic growth—throughout the Triad for almost 30 years. The company employs close to 1,000 employees and its annual Market America | SHOP.COM International Convention brings an astonishing amount of revenue to the area each year. The convention, which hosts thousands of passionate entrepreneurs from around the world (not to mention more than its fair share of celebrities like Jamie Foxx, Alisha Keys, and Fat Joe), consistently fills at least 80 percent of the area’s hotel accommodations. That’s about 9,000 rooms! Since 1996, the Market America | SHOP.COM International Convention has brought more than $400 million in revenue to the Triad.

While this prestigious ranking is surely humbling, it should come as no surprise to anybody who’s been following Market America’s seemingly unstoppable trajectory. The company is growing its business daily, and on a global scale, by harnessing the power of e-commerce technology and combining it with the power of hardworking, enthusiastic people who believe in the Market America vision. Through innovative programs like the Shopping Annuity, which allows consumers to convert spending into savings by earning on the products they already buy, Market America continues to drive success for everybody impacted by its presence: its customers, its partners, and its community. More than size or revenue, the title of “Second Largest Privately Held Company in the Triad” certainly feels like it refers to the difference Market America makes in the world.

Market America is a global product brokerage and internet marketing company that specializes in one-to-one marketing. 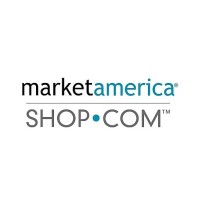