Market America| SHOP.COM, a global product brokerage and internet marketing company that specializes in one-to-one marketing, may have recently held the world’s first truly virtual and interactive global event, in large part, due to the unforeseen global pandemic. Traditionally, Market America | SHOP.COM holds its annual International Convention in Greensboro, N.C., where the company’s global headquarters is based. It is during this event that thousands upon thousands of entrepreneurs from around the world make Greensboro their destination of choice for several days each summer. They fill the seats in the Greensboro Coliseum to hear about the latest science-based products that are being launched, take part in various key training sessions and spend time with their Market America family — colleagues and friends they have made over the years as individual business owners, known as UnFranchise® Owners.

This year, however, COVID-19 changed all that. With utmost safety as its top priority, Market America | SHOP.COM owners made the decision to hold the company’s first ever virtual International Convention. Market America | SHOP.COM’s top leadership took the stage at the Steven Tanger Center for the Performing Arts in downtown Greensboro, N.C., presenting before a worldwide, virtual audience in the thousands. Viewers regarded this year’s Market America | SHOP.COM 2020 International Convention#MAIC2020 as one of the most successful and informative events in the company’s nearly 30-year history. And from the initial facts and figures, the word “success” may be a bit of an understatement.

Through the power of people and by pioneering today’s virtual technology, thousands of entrepreneurs from around the world were introduced to the proven business platform — the UnFranchise Business and the Shopping Annuity® — which offers individuals the ability to earn supplemental income. To bring every speaker, breakout session and all of the revolutionary elements of MAIC 2020 to life during this three-day event and into thousands of homes and watch parties across the globe, MAIC used dozens of large monitors, a 14-feet by 40-feet curved screen, six projection screens and more than 100 laptops and the people with the expertise to run the entire event, which, among a myriad of capabilities, allowed audience members the exclusive ability to interact with certain speakers while they were on stage presenting. How the company made this happen was literally a technological work of art.

“We wanted to deliver much more than a typical online event — we wanted to create a truly global interactive experience,” said JR Ridinger, Founder, Chairman & CEO of Market America | SHOP.COM. “By utilizing incredible technology like Zoom, as well as some of our own innovative solutions, we made it possible for thousands of entrepreneurs around the world to engage with us on stage, one-to-one with speakers and watch parties interacting live and moment by moment. It was far more complex than a typical online event — it was a technological marvel which allowed us to connect and learn in new ways,” Ridinger said.

For instance, if someone takes part in a Zoom call, this person receives an email with a link that has been assigned for a particular Zoom video conference to take place at a particular date and time. For the MAIC 2020 virtual convention, however, each ticketholder was paying to have access to close to 100 presentations for the three-day event. The idea of each ticketholder having to be bombarded with close to 100 emails with individual Zoom links for a three-day event was a nightmare. Now consider the fact that the number of ticketholders were in the thousands and from at least 10 different countries! This is where Zoom’s video conferencing platform was key — specifically because of its open API. An open API is a publicly available Application Programming Interface that provides developers with programmatic access to proprietary software applications or web services. By partnering with Zoom, Market America | SHOP.COM’s IT team actually customized the current Zoom platform, pioneering the way Zoom has been used to date and solving several critical concerns, including:

With all of this in place, another major issue was the sheer number of virtual attendees — and the potential bursts of thousands of these virtual attendees — clicking their Zoom links and accessing a specific, live, onstage presentation, all at the same time. Having Zoom servers crash was not an option. To avert this potential crisis, the Market America | SHOP.COM IT team used ticketholder data and calculated the likelihood of a spike in online attendance from certain countries when either key presentations or specific company leaders were scheduled to take the stage. They stayed in constant contact with their partners at Zoom to keep them updated as anticipated spikes were set to happen. The result? Zero downtime.

One of the most impressive technological feats that was available for everyone to witness during MAIC 2020 was the 14-foot by 40-foot curved screen that displayed a multitude of virtual watch parties live and at the same time from around the world. Not only did the event production team continuously change out which watch parties and virtual attendees appeared on this screen, the two-way communication that took place between speakers on stage and the various virtual audience members from around the world at any given time was astounding.

This true level of personal interactivity between any speaker and any virtual audience member required a more intricate level of web conferencing than what was currently in existence. Once again, with the partnership with Zoom this was accomplished by developing and incorporating a custom audio platform with such elaborate systems in place that controlled who could hear what at any given moment. Not only did this allow MAIC 2020 to have panel discussions with multiple speakers from various places around the world, this custom audio system also allowed any speaker on stage to talk with any one virtual audience member or several virtual audience members at the same time — all happening live in real-time and from anywhere in the world.

For example, Ridinger, or any speaker on stage, could stand in front of the mammoth-sized curved screen and begin talking to one or more attendees from Taiwan. Not only could Ridinger talk to any virtual attendee he wanted, he could carry on a two-way conversation with them. Then, Ridinger could either turn his head to face a different virtual attendee from any number of countries or he could take a couple of steps to stand in front of another portion of the curved screen and begin talking with someone else or a watch party from Australia, Singapore, Canada, the U.S. or from wherever the virtual attendees were located while experiencing MAIC 2020.

“If anything, this pandemic has reinforced the importance of human interaction, because in many ways we’ve lost some of that face-to-face connection we’re accustomed to,” Ridinger explained. “By utilizing some amazing technology, we were able to interact with our global family of entrepreneurs and strengthen the bonds we share. Being able to virtually interact with our teams around the world in real time gave us the sense of connection we all need as humans,” he said.

While thousands shared their overwhelmingly positive experiences attending MAIC 2020 all across social media during the event and in the days to follow, data made available shortly after the convention paints a clear picture of success for this year’s convention as well. Some notable findings include the facts that (i) while Market America | SHOP.COM currently has locations in eight countries, several hundreds of additional virtual attendees represented other countries where the company does not yet have a physical presence, (ii) at any given time during the three-day event, there were always thousands of virtual attendees tuned in to MAIC 2020 and (iii) during the 14-day replay period exclusively available to ticketholders, thousands upon thousands re-watched, re-lived and experienced an event that some say had the level of live interactivity and engagement to redefine how to deliver a flawless interactive, global event virtually. 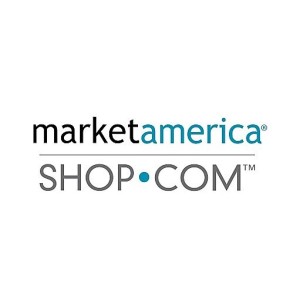 We're unbearably curious to learn all the details

The most marvelous thing about being able to purch

"Life is who you become when you achieve those goa

"@shopcom lifestyle 💙⁠ This is how we convert

PrevPreviousChristmas Gift Guide catered for all your festive needs!
NextReward Customers During The Holiday Season With Coupon MarketingNext