Vice President Andrew Weissman and Vice President of Sales Jim Winkler started the morning off with the preshow address. In addition to providing tips and suggestions, the duo named the winners for the social media Instagram contest.

Eva Longoria gave a quick shout-out to the Ridinger family and Market America.

Senior Executive Vice President of Market America Worldwide | SHOP.COM Loren Ridinger hit the stage for her inspirational presentation at MAWC2021. Loren said, “We’re doing something which nobody has done in 2021. We’re growing massively.” Loren explained how she explains the business in her own way, which is a mix of life lessons and business advice.

Loren wants the crowd to be authentic and to be themselves. Last year was an indication that we can’t be ready for everything. But it also showed can do anything. Loren urged the crowd that the “grass is never greener on the other side. It’s only greener when you choose to water it.”

After talking with friends, Loren learned that most people tell you who they aren’t instead of who they are. It’s hard for us to accept who we are. Everyone comes to a crossroads in their life and many people choose the wrong way and become the wrong person. Loren shared a story about a choice she made as a teenager that changed her life. When her father wanted her to be a flight attendant, Loren said no because it wasn’t what she wanted to do. She had to fight for herself. Loren said, “If you don’t step up and fight for yourself, who else will fight for you?”

According to Loren, people tend to want what they don’t have. Loren said, “Life isn’t easy, but it is worth it. Do something that scares you.” If you really want to change your life, are you doing every thing you can with the business? The number one job in life is to stay healthy. No one ever considers the cost of being in the same place. You need to invest in yourself and do something with your life. Loren shared a story about the show Entourage and how she serendipitously made a connection with Jeremy Piven.

The second most important commodity that humans have are relationships. Loren spoke about her experience on the app, Clubhouse, and how it opened her eyes to everyone around her. We all live in a bubble. We need to interact with people to get outside of our comfort zones. Love, time, and death connect every single human being on the planet.

Loren wants the crowd to make an effort to build a strong UnFranchise team. Don’t be afraid to talk about what people want with your customers because they typically need what Market America has. Thanks to an online model, UFOs can build a business from anywhere in the world.

Loren asked the crowd to implement these tasks into their lives.

Loren said to not give pain a voice. Tell yourself that you are the best and you will shatter your goals. The process is much more valuable than the outcome. The journey and the process are what makes us feel alive. Hold yourself hostage until you meet your own demands. Loren demanded the crowd to repeat these sentences: I am a badass. Not just today, but everyday. I am in control of my life and atmosphere. MY current situation is not my final destination. A big WHY crushes obstacles every time.

One of the most inspirational UFOs in this company is Trina Maduro White. Trina’s goal was to get her family out of a harsh living situation. Trina was the first in her family who graduated high school and college. When Trina moved to Phoenix, she set a new goal: create twenty millionaires to end the cycle of poverty. Through the UnFranchise, Trina changed the lives of so many people in her area. “All of this would not be possible if I didn’t embrace the system and events,” Trina said at MAWC2021.

The time finally arrived JR Ridinger, the Founder, Chairman, and CEO of Market America Worldwide | SHOP.COM, and his first presentation of MAWC2021. JR shared that his dream is to be together again in the same arena at the next event and celebrate everyone’s success. JR said, “I want to fill an arena with directors and it starts right here.”

A man once told JR that “entrepreneurs are the alchemists of the economy.” With this mindset, JR went on a path to become a successful entrepreneur. He spent time learning from other marketing companies and slowly learned about business plans. JR learned the basis of a start up and saw what it took to get a company off the ground. However, he took what “not to do” in these companies and applied “what to do” when it came time to create Market America.

For JR, the origins of one-to-one marketing came from the idea that people hate to be sold, but they love to buy. JR shared an experience at a movie theater in the early 90s that inspired Market America. After seeing a movie, JR wanted to go home and tell everyone about what he just witnessed. He was so enthusiastic when he told his friends about the film. When these people saw the movie, they called JR back and thanked him for the passionate recommendation. Through manual tracking, JR figured out how many people saw the movie from his recommendation. How many of his direct contacts told other people about the movie because of his recommendation? It turned out that over 200 people saw the film and JR tracked it all back to his recommendation. The idea of tracking sparked one-to-one marketing.

In the 90s, JR and the initial corporate team surveyed people to determine what people wanted in terms of products. Through trials and error, JR came up with the equation that’s used to grow each leg of the business. In regards to the UnFranchise, JR said, “Make sure you’re in the game and you’re ready.”

JR mentioned that the UnFranchise plan is selfish, but in a good way. JR said, “We made the plan for us so we wanted it to be the best, fairest, and securest it could ever be.” You cannot stop an idea whose time has come and that idea was Market America for JR. It hurt JR that the industry had such a negative perception around marketing companies so he sought to create the “modern day miracle.”

Back in the early stages of the company, JR went around to other company owners and asked questions about their businesses. Some of the questions asked:

A MAWC2021 video message from Swizz Beatz was shared with the crowd.

Remember to purchase your tickets to #MAIC2021 before the end of MAWC2021 on March 28 at 11:59 EDT if you want to receive $200 in free Market America products. Click here to purchase if you’re in the US.

*These statements have not been evaluated by the Food and Drug Administration. These products are not intended to diagnose, treat, cure, or prevent any disease.

^Earnings depicted are aytpical and the success of any UnFranchise Owner will depend upon the amount of hard work, talent, and dedication which he or she devotes to building his or her Market America business. For typical earnings, see www.market-america.info/mais. 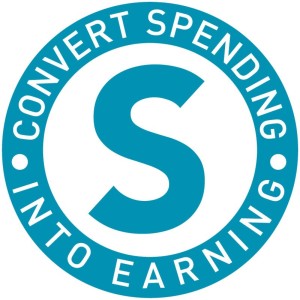 At #MAIC2022 we captured so much great content of

The World of Market America showcase had a lot to

While #MAIC2022 may have just ended, we couldn't w

Now is the time to commit to your continued succes

A lot happened over the last few days! So many spe

The best kind of prize is a surprise! @lorenriding

First round of the VVIP Corporate Tour is underway