Motives could not be more thrilled to be partnering with such an internationally influential women such as Thalia. Learn about her rise to fame and loyal following and how you can leverage this to help grow your customer basis with our new Thalia x Motives Viva Eye & Cheek Palette.

“I couldn’t be more excited to share the Thalia X Motives Viva Palette with the world,” said Thalia. “This palette has some of my favorite shades, perfect for creating understated beauty or superstar glam, so everyone can find a look that lets them shine!”

Singer, songwriter, actress, entrepreneur, and fashion designer Thalia Sodi was born a performer. Known both as the “The Queen of Telenovelas” and “The Queen of Latin Pop,” she is one of the best-selling Latina artists of all time and is recognized and adored around the world. Thalia connects with fans through her music, acting and writing. The entrepreneur also has a successful lifestyle brand encompassing multiple categories including fashion, footwear, jewelry, accessories, beauty, fragrance and home. The Thalia Sodi collection is designed for the modern woman and embodies the confident, feminine and full of life spirit that inspire women everywhere.

Thalia rose to fame after starring in various telenovelas that have been translated into several languages and have aired in more than 180 countries with a viewership of more than two billion people worldwide. She has had 29 Top 10 singles — 15 of which went to No. 1 — and has sold more than 50 million records, making her one of the bestselling Latina artists of all time. Her most recent album, Valiente, features four hit singles and was certified platinum by the RIAA. 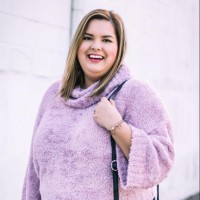