Star Wars Day: May the Fourth Be With You

Happy Star Wars Day everyone, and May the Fourth Be With You in your business endeavors. Star Wars, and especially the Force, has many themes about energy and mindset that have proved useful lessons, especially for entrepreneurship. And since JR particularly enjoys the concept of space travel, we thought to share a creative take on some Star Wars themes.

The most evident theme in Star Wars is the concept of the Force. Below is the definition of the Force found on the Star Wars website:

“The Force is a mysterious energy field created by life that binds the galaxy together. Harnessing the power of the Force gives the Jedi, the Sith, and others sensitive to this spiritual energy extraordinary abilities, such as levitating objects, tricking minds, and seeing things before they happen. While the Force can grant users powerful abilities, it also directs their actions. And it has a will of its own, which both scholars and mystics have spent millennia seeking to understand.”

This agency over one’s own life path is comparable to the sensitivity described of the Jedis. Although we can’t levitate objects or trick minds, how we exercise affects our mental clarity to be positive; our positivity can influence how people think.

Center yourself on your true goals. Believe in them, and believe in yourself. Then: get stuff done!

A second large aspect of being a Jedi (or a Sith, for that matter) is the practice of mentorship and training. With Luke, it began with his Uncle Owen. Uncle Owen was a mentor of safety, but not of success. Recall Fat Joe’s quote from MAWC2022 on friends and family not always keeping your best interests in mind:

“It never fails! I’m tellin’ you — everything I’ve ever been successful at in my life, my best friend, so-called my family, have tried to talk me out of my success. It’s just a fact.”

Sometimes the people around you believe they are doing the best for you, but often hold you back from achieving your full potential. However, if you are like Luke Skywalker, you will find your Obi-Wan’s and Yoda’s in our field leaders and executive teams.

It is absolutely acceptable to remove yourself from unhelpful mentorships and transition into constructive ones. That is not to say those mentors cannot be in your life at all, but rather: you can reorient yourself to think outside of their guidance. Instead, choose to follow leaders who inspire you, motivate you, and teach you to create progress in your life. That is precisely the role that Obi-Wan had in Luke’s life!

Instead of discussing lightness and darkness as good versus bad, we’d like to rephrase the narrative to be about progress versus stagnation. Although in Star Wars, the Dark Side of the Force involves anger and greed, it also pertains to the inability to let go and a fear of change. Whereas in the story, these negative mental and emotional behaviors lead to violence or suffering, we think in real life, they lead most of all to stagnation.

Stagnation is, in fact, a suffering. It is a suffering of such a kind that the person experiencing it often doesn’t even consider it so, because they have grown accustomed to perpetual suffering. Perhaps you can relate to this at points in your life: a person who has given themselves to the Dark Side of the Force, or stagnation, experiences some of the following:

If there’s anyone who articulated this experience best, it’s Loren Ridinger.

If you’ve experienced even just one of these, you know what it’s like to “give in to the Dark Side.” When you decided to become an UnFranchise Owner, you chose the Light Side. So, keep choosing progress and your success over self-sabotage, every time!

Utilize Star Wars Day as a symbol for your agency. You have a choice in life, to use the Force for the Light Side, or the Dark Side. Which will you choose? 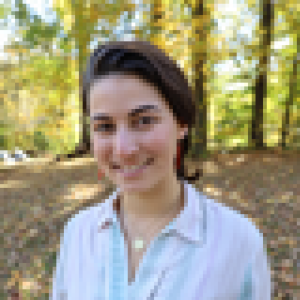 As winter continues to have its grip on the United

We recently released a timeless clip where @jrridi

🚨HBP Alert – Goodyear, AZ🚨⁠ ⁠ Who do you

Does 20/20 vision even exist anymore? With the inc

With Valentine's Day right around the corner, it's