Understanding the importance of Antioxidants

Humans are complex organisms made up of trillions of cells, each with their own structure and function. Scientists have come a long way in estimating the number of cells in the average human body. Most recent estimates put the number of cells at around 30 trillion. Written out that’s 30,000,000,000,000. These cells all work in harmony to carry out all the basic functions necessary for humans to survive.

What is a cell?

Cells are the basic building blocks of all living things. They provide structure for the body, take in nutrients from food, convert those nutrients into food, and carry out specialised functions. Cells also contain the body’s hereditary material and can make copies of themselves.

The atom is basic unit of matter. It is the smallest thing that can have a chemical property. There are many different types of atoms, each with it’s own name, atomic mass and size. Atoms join together to make molecules.

Atoms with a full outer shell are stable, but free radicals are unstable and in an effort to make up the number of electrons in their outer shell, they react quickly with other substances. When oxygen molecules split into single atoms that have unpaired electrons, they become unstable free radicals that seek other atoms or molecules to bond to. If this continues to happen, it begins a process called oxidative stress.

Oxidative stress can damage the body’s cells, leading to a range of diseases and causes.

As the body ages, it loses it’s ability to fight the affects of free radicals. The result is more free radicals, more oxidative stress, and more damage to cells, which leads to degenerative processes, as well as “normal” aging. This theory helps explain aging, since aging accelerates over time. The gradual, but increasing buildup of free radicals offers one explanation for why even healthy bodies age and deteriorate over time.

Free radicals damage the growth, development and survival of cells in the body. Their reactive nature lows them to engage in unnecessary side reactions causing cellular impairment and eventually injury when they are present in disproportionate amounts.

Although free radicals are produced naturally in the body, lifestyle factors can accelerate their production. Those include; exposure to toxic chemicals such as pesticides and air pollution, smoking, alcohol and fried foods.

Everyone is subject to free radical damage and oxidative stress

Free radicals develop as byproducts of physiological processes that occur within the body. This damage does not cause noticeable harm at first, yet may add up over the years. This process is largely responsible for the aging process. Free radicals have been linked directly to premature aging, poor circulation, poor heart health and poor immune health.

OPCs are the most powerful natural free radical neutralisers. Regular use everyday is vital for keeping free radicals in check and a long, healthy life. Laboratory studies have shown that OPCs are more powerful antioxidants than vitamin C and vitamin E.

Isotonix OPC-3 is an isotonic-capable dietary supplement that reduces free radicals formed in the body. Isotonix OPC-3 delivers a powerful antioxidant punch in an effective isotonic solution that is easily absorbed by the body.

Containing Pycnogenol, which is a natural plant extract from the bark of the French maritime pine tree and the most clinically researched and potent bioflavonoid. As one of the most potent natural scavenger of free radicals, Pycnogenol combats many aggressive free radicals before they cause oxidative stress to vital organs. Its super-antioxidant capabilities help strengthen blood vessel wall and capillaries and supports optimal circulation. 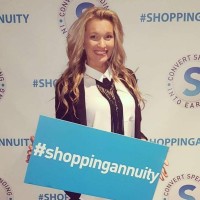 Thank you so much for such valuable information.

Understanding the importance of Antioxidants