With great sadness, we share the news of the passing of Arlene Lowy, daughter, sister, dedicated mother and dear friend amongst the Market America family. Arlene was one of the original pioneers of our business, and we are so grateful that she was able to celebrate the company’s 30th anniversary with us at #MAIC2022. She will be deeply missed and remembered for her passion for helping others.

Arlene’s roles as an educator and then a consumer sales representative in her early professional years taught her the significance of shaping the future of our world for generations to come and revealed to her the untapped potential of her creativity and earning power. In her late 20s, Arlene dabbled in the home-based business industry. She quickly realized doing so was far more fulfilling financially while affording her the freedom she desired from the rigid inflexibility of the 9 to 5 job at which she worked so hard but earned so little. As a single mom, she could now stay at home and raise her son Jordan, who was profoundly impacted by Arlene’s decision to be an incredible role model for him and the highest-paid mom at the bus stop.

After being shown the UnFranchise® Business by Frank and Gingie Keefer, Arlene joined the Market America family as an UnFranchise Owner in October 1994. She said that her dream had come true. She owned her life, made her own hours, provided for her family and became an overwhelming success professionally and personally.

Arlene loved building relationships, teaching and mentoring, and wrote the marketing program for Market America’s OPC-3 retailing system. She was affectionately known as “The OPC-3 Queen.” She achieved the Field Vice President level, earned the 2005 Jerry Siciliano Award and was named the 2009 NutraMetrix Consultant of the Year. Perhaps her proudest achievement, however, was being able to instill integrity and self-belief in her son and those she helped along the way through her UnFranchise Business.

“Although the years have gone quickly, this industry has allowed us a lifestyle that only a few can dream of becoming a reality,” Arlene said. “I have wonderful memories to treasure because of the personal freedom I have had. It’s an incredible life when you can choose early on what you want to do with every hour of the day.”

As much as Arlene appreciated our entire organization, we valued her so much more for her outward-focused heart, her commitment to what we do, and her love for helping others discover their “Why” and use it to reach their goals.

Arlene was one of a kind and one of our best. Our hearts are with her family and loved ones.

With love and respect, 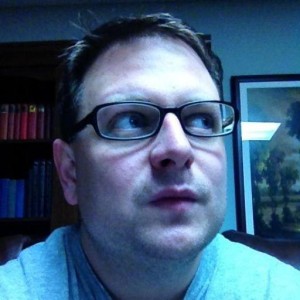 With so many products to choose from, it's hard to

Small business Saturday is here! We encourage ever

Want to save an additional 20% today? Head over to

"We thought about the modern woman, always on the

It doesn't get much better than this! Right now, y

Want to save an additional 20% during Black Friday

A Special Message From @lorenridinger⁠ ⁠ We wi

Each and every year, Thanksgiving allows us time t