Utilizing Twitter to Grow Your Business is Easier Than You Think

A couple of months ago, I wrote an article for the Powerline Magazine outlining a step-by-step guide for using Twitter to find success as an entrepreneur. Over the past few weeks I have been working diligently to grow my own personal Twitter following, while additionally putting those best practices in place for the Market America account. In a short amount of time, I have seen tremendous results, and I think you will too if you follow these simple tweeting tactics:

1. Jump in feet first. Twitter is simple and it’s free, so getting started is as easy as the click of mouse. Find twitter.com to create a personal [or business] profile. In just a few steps, you’ll join the ranks of celebrities, politicians, business leaders and the worldwide Twitter community.

2. Just go for it. Send a tweet! You know what they say, “Practice makes perfect.” So, just do it — send a tweet about anything. Express a thought, share an activity or even send a link to something of interest. Enter a tweet [no more than 140 characters] in the small blank box on the Twitter home page.

3. Follow other people and businesses. Just like any other social media outlet, i.e. Facebook or Google+, Twitter is just like attending a networking event only it’s virtual! Making a statement is not enough; joining in the conversation is imperative. By following others, your own personal following will form — just like making connections in the real world.

4. Seek out friends. Use keywords and search twitter.com to locate old friends, new friends or people who share common interests. It is a quick and easy solution to form a following. Think of a topic of interest to search; this simple action will reveal all the tweets surrounding that topic, while additionally showing the profiles of those who tweeted. Then, simply start following fellow tweeters with similar interests!

5. Pay attention to Twitter etiquette. Sending spam, neglecting to join or contribute to conversation, and merely launching an advertising campaign probably won’t inspire a following. Instead, treat Twitter as a relationship builder where the give-and-take of friendship is at the forefront. Supporting others, asking for input and sharing projects and points of interest will build trust and interest in both your personal and business brand.

Twitter is a very powerful social media tool, with the ability to create a viral message and send it around the world in mere seconds. Have you used Twitter yet? Can you share one of your best practices for Tweeting?

For the full article, Tweeting for Success, by Amanda LaRiviere, see the February/March edition of the Powerline Magazine here: http://ma.imirus.com/Mpowered/book/vpl12/i2/p1/ocorporate/cnull 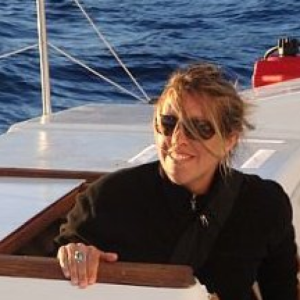 "The message is all around us. We grew up believin

Three simple words that foster a deeper meaning of

A huge congratulations to our #MAIC2022 Challenge

There are very few people in the world that bring

At #MAIC2022 we captured so much great content of

The World of Market America showcase had a lot to

PrevPreviousPinterest Fix! Making sure items you pin link directly back to your portal and not SHOP.COM
NextWhat You Need to Know About Facebook’s TimelineNext